Initially the project started with Fredy Soto; he started Los Canarios Futbol Club shortly after moving to Puerto Lopez where he saw the profound effects of poverty - economic, social and moral. Alcoholism, drug use/abuse, domestic violence, and promiscuity worked together to take away any chances for a stable life from too many parents and their children. Due to the ubiquitous power of soccer, Fredy started Los Canarios as a means of providing some alternative, more positive role-models for young boys. The soccer club became the means of encouraging boys to stay in school, value education, avoid alcohol and drug use, violence and promiscuity, and instead to develop a clean, healthy approach to life that would improve their future chances at employment and creating a stable family of their own.

Manitoba to Ecuador was formed to support Fredy in this work. It consists of a group of volunteers who go to Puerto Lopez for a month (July-August) to practice and play soccer, teach English lessons, sharing food and building friendship. In an attempt to learn more about the lives of the locals, the volunteers also help clean, feed, hold, sing, colour, play or anything else needed at Two Rivers Day Care.

Volunteers spend two hours a day learning Spanish in order to be able to build friendships with the locals in their own language.
Thanks to Hanover School Board, players from Los Canarios will also be able to participate in an educational and cross-cultural exchange by coming to Steinbach and attending the local high school for one semester of their high school education. This immersion in English will equip them for better opportunities in both employment and education upon their return to Puerto Lopez. (Mark Reimer)​ 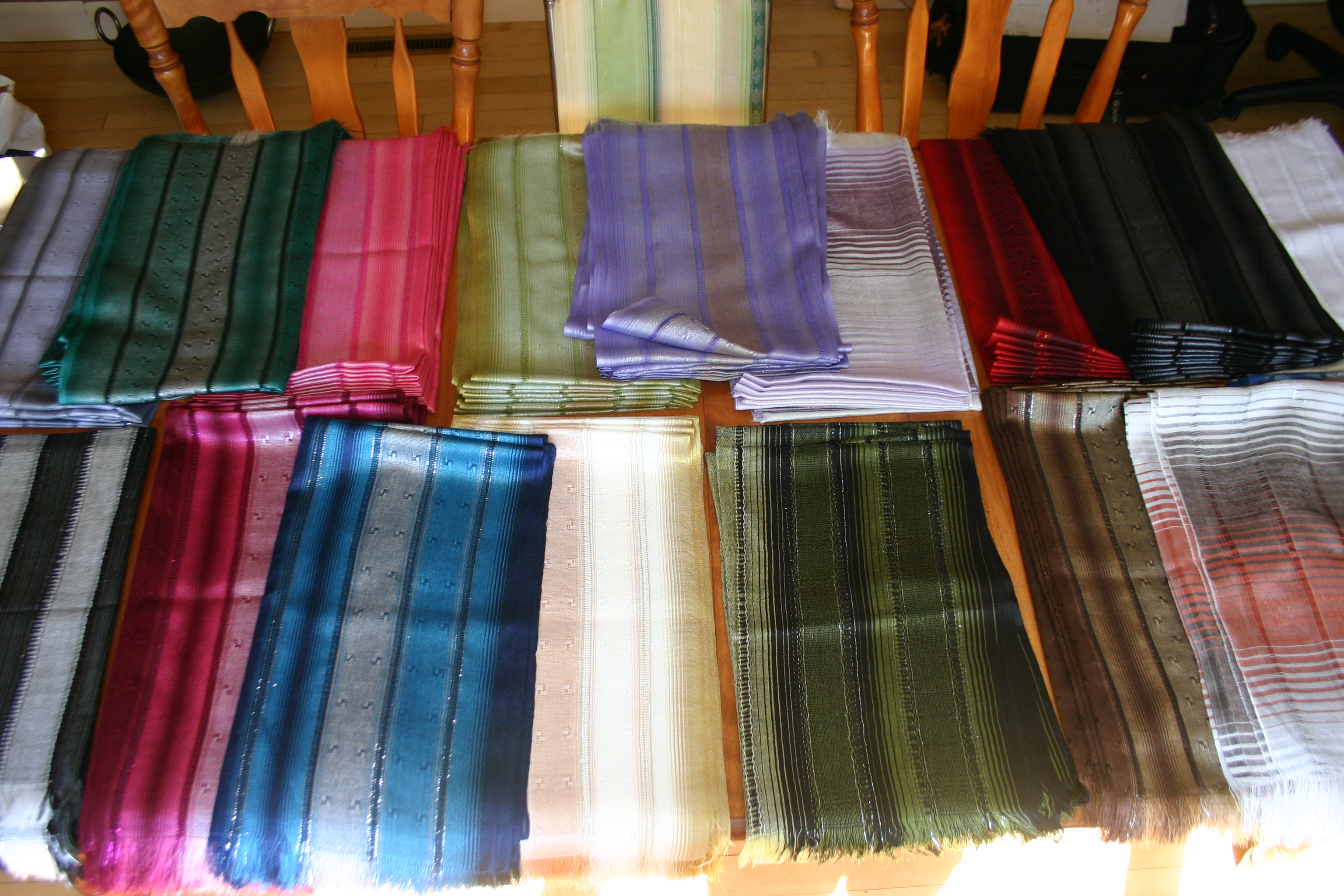 Scarves for Los Canarios – Otavalo´s artisan market is world renowned. Among their products are incredibly beautiful scarves which sell for what any North American or European would consider way too inexpensive for such beauty. Initially, Mark's dream was to buy 200 scarves, bring them home and sell them for $15 a piece raising over $2000. The first part of this is no longer a dream and he sold out almost immediately.  Mark continues to purchase scarves (and now Alpaca blankets)  from local artisans in Ecuador, one of the major fundraising campaigns he runs for the Manitoba to Ecuador Project. In three years, Reimer managed to sell $5 000 worth of scarves to help support the project.
The first group of students to come up from Ecuador in February 2013; please meet Alex, Adrian and Junior
Cultural exchange – travelling to another place to discover how people live is invaluable for most people. Unfortunately, it is the exclusive domain of the wealthy for obvious reasons. A parent who makes $20 for a 17 hour work day is not likely able to put aside $3000 for a child´s visit to Canada. I believe that the cross/inter-cultural experience would be just as enriching for the young boys on the soccer club here as it has been for our team coming here. Having one boy come at a time is not a really good idea because they would feel isolated, so possibly bringing one chaperone, or two, (a coach or a parent perhaps) and three or four boys at a time makes more sense.

"Once in Canada offering them a home-stay is easy. Then comes the Canadian side of the plan. What would be good for Ecuadorian boys to experience in Manitoba? Camping, visiting museums, helping with soccer camps (they seem to know a fair bit about that game), Fun Mountain, fishing Manitoba-style, daily English lessons and practice … Filling a month will be easy, finding the money to bring five will be a challenge, finding the money to bring five year-after-year will be even more challenging." (Mark Reimer)

To date, 15 Ecuadorian students have come to Manitoba for the cultural exchange program; with three boys currently studying at the SRSS: Ronny, Yandry and  Filipe.
Challenges and Changes:
Mark Reimer experienced a lot of challenges along in his journey but it never held him back; he persevered learning from each challenge to move forward with his continued passion and drive. The first major obstacle to the project was with Fredy Soto; Reimer found out that a lot of the money that was sent to Puerto Lopez for community development was not finding its way to where it belonged. Of course, Reimer was shocked and hurt by the betrayal but that didn't stop the project; he found a new project to work along side in the community- he didn't just walk away when times where tough- he is dedicated to the cause and the mission. He began working with Clara Luna, a kids programming organization to work with in the summer of 2016. He continues to work with the kids of Los Canarios while in Ecuador because they are still his family. The summer of 2016 was also spend with Earthquake relief organizations helping the rebuilding effort. ​
EarthQuake Relief 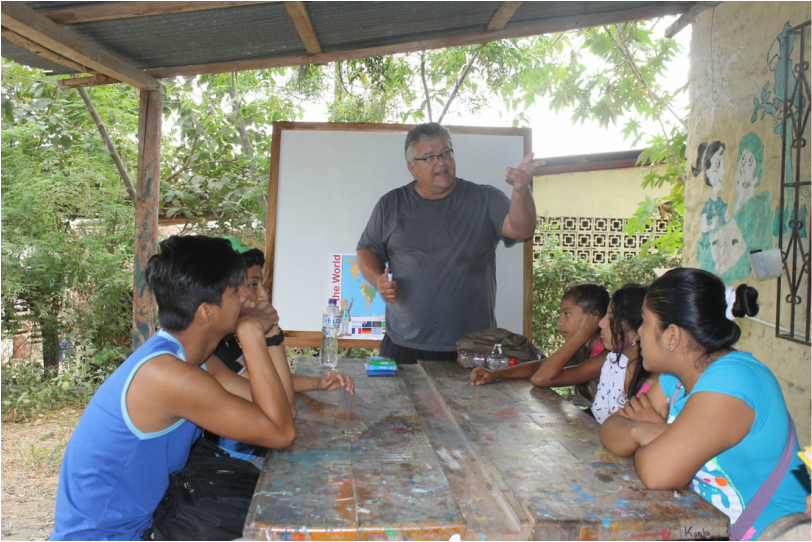 The Future
Sadly, Mark is retiring at the end of the semester and he hasn't found someone to take over the project from the Manitoba perspective - even though many people are willing to help, nobody has taken the reigns. He is taking a group of people down in February and a final group down in the summer; it is bittersweet, as he looks forward to his retirement volunteerism and new future projects, it is difficult to say good-bye to his project. He will always be apart of the community of Puerto Lopez, he even has a God son in Puerto Lopez (who has been named after him), so it is his second home. Mark Reimer will have a positive impact no matter where he ends up because of his kind heart and selfless attitude; any community would be lucky to have him working along side him. He will be surely missed at the SRSS and in the community of Steinbach,
​